We are pleased to release 2019 One Point Five Cabernet Sauvignon, a bold, expansive Stags Leap District wine that celebrates the winery's roots in this special area of Napa Valley.

“The 2019 Cabernet Sauvignon One Point Five is such an elegant wine. Bright, red-toned fruit and effusive aromatics lend striking brilliance to a Cabernet that is gracious and light on its feet. The 2019 stands out for its freshness and red fruit profile. It is beautifully done. One Point Five remains one of Napa Valley's little hidden gems; a wine that is seldom talked about in a discussion of the very top bottlings, but a Cabernet that never disappoints.” — Antonio Galloni, Vinous

“… delivers bright, vibrant notes of cassis, cedar, Marmite toast and black raspberries with hints of bay leaves and tilled earth in the background. The palate is full-bodied, rich and plush, featuring a lively backbone and a long finish that displays wonderful purity and precision.” — Lisa Perrotti-Brown, The Wine Advocate 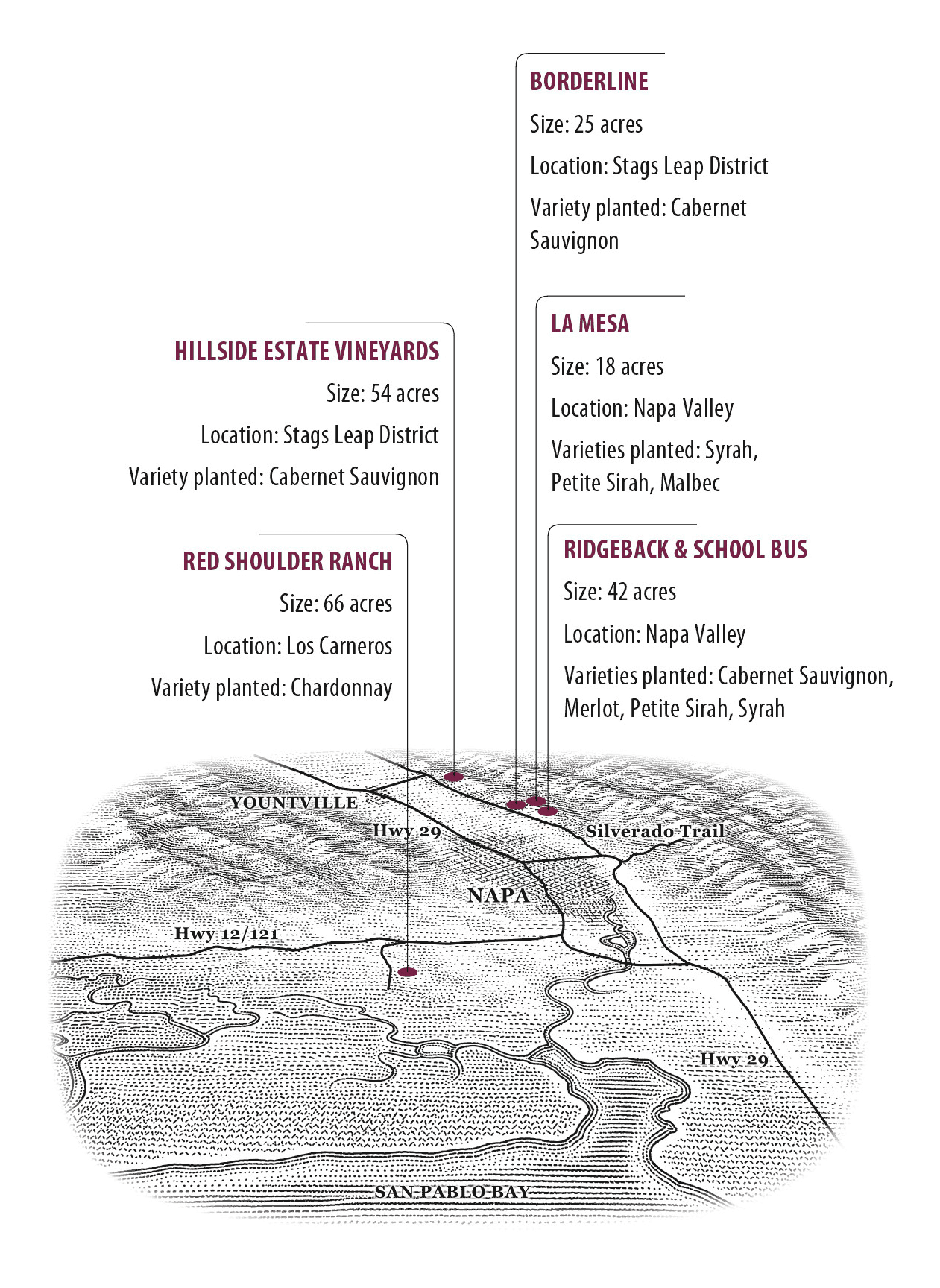 Video: One Point Five Celebrates Bonds that Last the Test of Time

One Point Five is a Cabernet Sauvignon that celebrates two things close to our hearts. The name refers to John and Doug Shafer’s 35 year father-and-son partnership. It also honors Stags Leap District, a place we’ve called home since 1973.

When you open a bottle of One Point Five we hope you enjoy it with people you care about!

The One Point Five Story

On a cold day in January 1983, Doug Shafer entered the family winery for the first time as winemaker. The future of Shafer Vineyards was an unknown back then. Doug’s father, John Shafer, had produced his first wine, 1978 Cabernet Sauvignon, which been on the market about 18 months. Even though it would go on to win accolades, it took a long time to get our first Cabernet any attention. For the father-and-son team it was the start of a working relationship that has lasted more than 30 years – a partnership embedded in the name One Point Five. John and Doug eventually coined the term “a generation and a half” to differentiate theirs from a traditional second-generation story.

On a cold day in January 1983, Doug Shafer entered the family winery for the first time as winemaker. Suddenly his viticulture degree from U.C. Davis and experience at other Napa Valley wineries and vineyards didn’t seem to be enough.

“I had turned Dad down two or three times when he’d asked me to take over winemaking. As I looked at all those tanks I wondered why I’d finally said yes. A lot was riding on this.”

A Generation and a Half
When Doug and John Shafer started working together in 1983, the winery’s future was an unknown. John Shafer’s first wine, 1,000 cases of 1978 Cabernet Sauvignon, had been on the market about 18 months. Even though it would go on to win accolades, it took a lot of time to get that first Cabernet on store shelves and restaurant lists.

For the father-and-son team it was the start of a working relationship that would last more than 30 years – a partnership that is embedded in the name One Point Five.

“Most family owned businesses have their second-generation story – a first generation handing over the reins to a second,” says Doug. “Things happened differently here. Dad and I were in this together early on and learned the business side by side.”

They coined the term “a generation and a half” to differentiate theirs from a traditional second-generation story. From that comes the name One Point Five.

“By 1996 the growers we were buying from were starting to make their own wine and wanted to keep their fruit,” says Doug.

In 1996 Doug purchased Cabernet from as far north as Calistoga and as far south as Oak Knoll, producing the winery’s first non-Stags Leap District Cabernet.

“We thought it’d be fun to create a Cab that’d be a snapshot of the vintage Napa Valley-wide,” says Doug.

Ultimately though, their hearts remained with Stags Leap District. In 1999 Shafer purchased the last sizeable parcel of vineyard land within the appellation naming it “Borderline,” as it lies along the southern boundary of the District.

“The challenge was how to work with a flat, broad property with deep soils and yet cultivate vines that produce the sort of concentrated, small-berried fruit that we like so much from our hillside site,” says Doug

The vineyard team prepared Borderline by embedding an extensive subsurface drainage system that would offer quick runoff and keep soils dry, holding the vigor of the vines in check. Shafer also used low-vigor rootstocks and planted the site using close spacing so that the vines would compete for moisture and soil nutrients.

“We also manage the site with sustainable farming methods,” Doug says. “Each fall we plant a mix of cover crops – bell beans, clover, and oats. These provide further competition with the vines for water and nutrients, pushing them to produce small berries and rich flavors.”

The new Cabernet Sauvignon, One Point Five, introduced in 2007, offers classic Stags Leap District aromas and flavors along with easy-to-love tannins that has proved to be a favorite with wine lovers around the world.