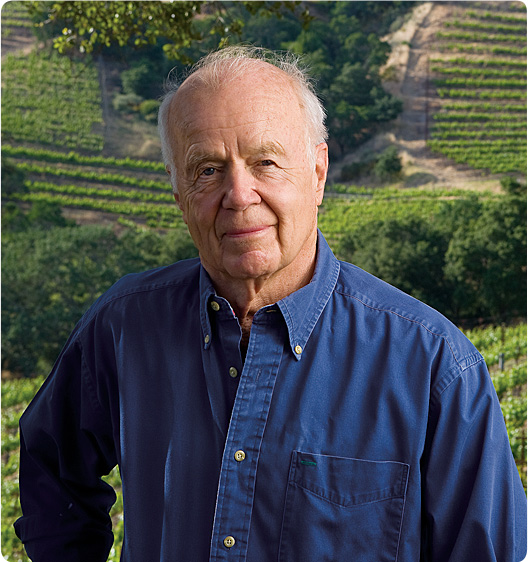 A Message from Doug Shafer

“My family and I, and everyone at Shafer Vineyards, are saddened to announce that my dad, John Shafer, died on March 2, 2019, at age 94.

“For some of us he was a father, grandfather, or great-grandfather, for others here he was a mentor, role model, and friend. I know many, many of you also knew him as a true gentlemen and a friend.

“John Shafer was part of a groundbreaking generation that came to Napa Valley in the late 1960s and early 1970s and transformed the region into the world-class wine producing area it is today.

“He was born in 1924 and spent most of his childhood in Glencoe, Illinois, a small suburb of Chicago. Over the course of his life, his wide range of interests led him to many fascinating jobs and experiences. At age 17 he volunteered for service in World War II, joined the Army Air Corps, and piloted a B-24 bomber over Germany. After the war he earned an engineering degree from Cornell University and later he moved into publishing, starting as a salesman and eventually rising to the position of Vice President of Long Range Planning at educational publishing house Scott, Foresman & Co. in Chicago.

“In 1973, at age 48, Dad made a defining career choice, moving our family from Chicago to California’s Napa Valley. At the base of the Stags Leap palisades, he had discovered the kind of property that he had dreamed of – a hillside with thin, volcanic soils, the sort of vineyard site that he knew had been prized in the Mediterranean wine world for centuries.

John was a publishing executive with Scott, Foresman & Co. until 1973.

The home that came with the winery property, early 1970s.

John during his first harvest with Alfonso and son Alfonso, Jr, 1978.

John produced the first Shafer wine, a Cabernet Sauvignon in 1978.

In 1983 John was joined by son, Doug Shafer, who became winemaker.

John and Doug ventured into making marketing videos in the early 80s.

Elias Fernandez, center, joined the team as Assistant Winemaker in 1984.

Starting in 1985 John played a pivotal role in the creation of the Stags Leap District AVA. It was approved in 1989.

In 2010 both John and Doug were honored with James Beard awards.

John accepting “Wine of the Year” award from Wine Spectator in 2012.

John celebrating his 90th birthday with family and friends, 2014.

In 2017 John spearheads the donation of a five acre parcel to the Wildlife Rescue Center for an aviary for wild birds.

“In 1978 he produced the first Shafer Vineyards wine, a Cabernet Sauvignon from the hillsides he loved so much. For the rest of the story, click here to see the Shafer history timeline.

“What you won’t see on the winery timeline is how much of himself Dad devoted to making the world a better place. He supported, and worked very hard to raise support for, quite a number of nonprofits to ensure that everyone in our community had access to health care, to education, and housing. Because he would so often quietly help people and organizations without telling any of us, we are just beginning to learn how many lives he touched.

“While we are deeply saddened to lose Dad, he leaves us with hearts that are very full. We are incredibly grateful to have worked with him, learned from him, and experienced his warm spirit of generosity. He had a pretty amazing life.

“If you have a story or some thoughts about Dad, we invite you to please send them to his email address:

jshafer@shafervineyards.com. Hearing from you will mean a lot to our family and to everyone at Shafer.

“Also, anyone who wishes to celebrate his life please feel welcome to make a donation to one of the charities he worked diligently to support:”